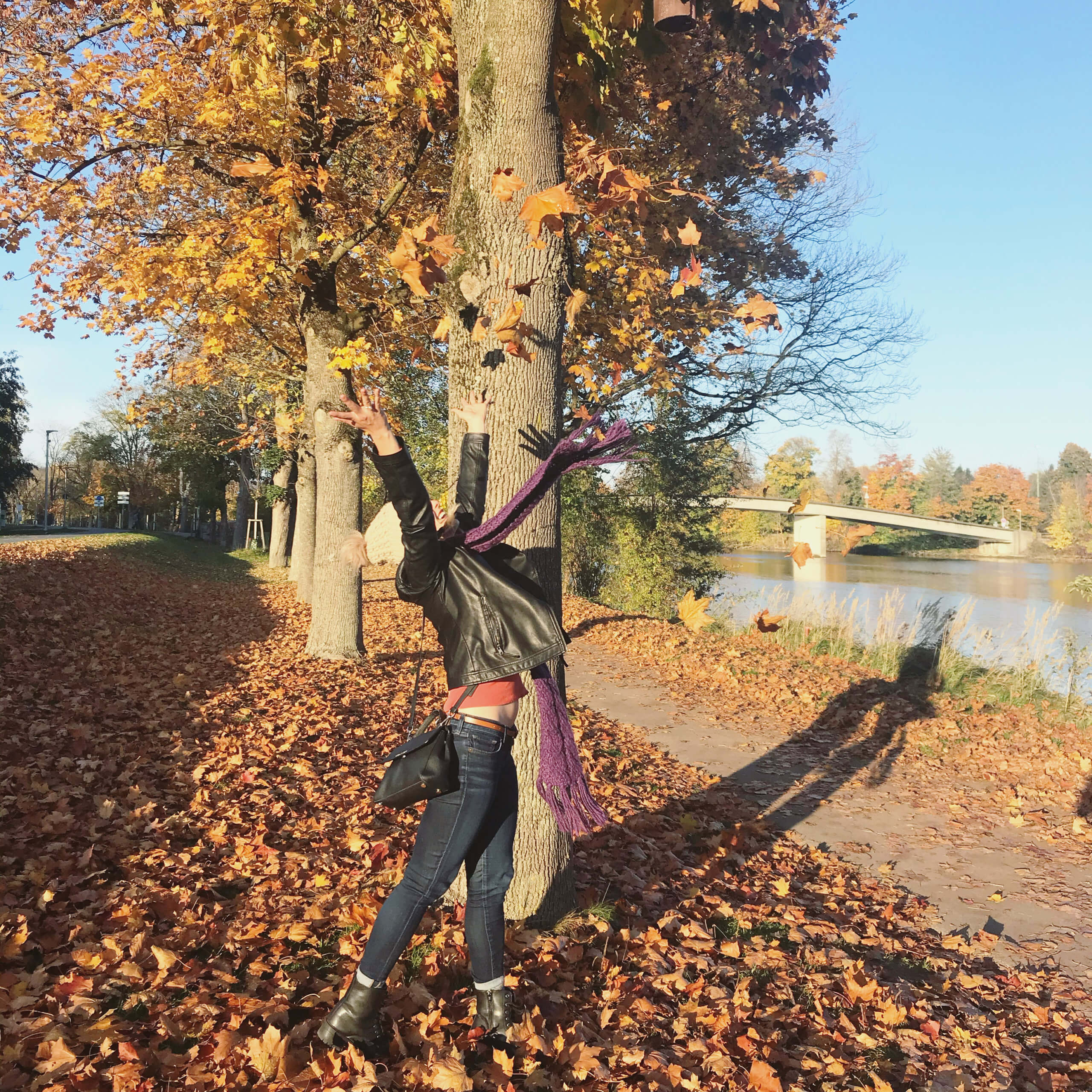 Lost and Found on a German Train

This is the last photo taken of me and my purse in Neu Ulm, Germany in October 2019. After this pic was taken, Tom and I went to Munich for a lil explore…

One thing you need to know about me is that I’m NOT a night owl 🦉 I get very tired easily and can sleep almost anywhere.

Big surprise, I fell asleep on the train on the way home, but that’s not the strange part.

I woke up to an announcement (in German) that the train was about to split in half and the part of the train I was on was not going back to Neu Ulm.

Frantically and disoriented, I ran to the other part of the train. It wasn’t until I arrived in Neu Ulm that I realized I had left my purse.

I searched all up and down the aisles. I missed my stop at Neu Ulm and got off in Ulm where I immediately reached out to the authorities.

A friendly officer who spoke decent English took me into an office and explained to someone else what had happened.

They determined where my purse had gone based on the split train system and gave me a number to call, but it was long gone. It would be a year before I saw that purse again.

The purse was gone and so was my passport, drivers license, credit cards, cash, and keys to our housesit. 🔑

We were supposed to go to Prague the next day, but instead we went back to Munich for an emergency passport. We were able to get on with the rest of the European adventure (sans Prague, sad)

A few months later, I was home for Christmas when I got a lead from a random DeutschBahn email address. (That’s the  name of the German train system.)

It essentially said, “We have your purse. If you don’t come to pick it up within 14 days we will burn it.”

I responded to the email quickly asking them to NOT burn it, but instead send it to my housesitter hosts in Neu Ulm. I did not get a reply back.

Just in case, I sent 60 Euros to my hosts in Germany and asked them to keep an eye out for the purse delivery.

They received it 3 months later (in March) when the pandemic hit. All mail deliveries stopped and my hosts graciously held onto it for me until this “blew over” but as we all know… the pandemic didn’t just blow over.

Eventually, I asked them to send it anyway. If it got lost in the mail, then it was lost anyway! No stress.

Again, it took months, but it finally made it to my dad’s house in Florida. He sent it to me in Oregon, and I got it back almost exactly a year after I’d lost it.

The remarkable part is that it still had my passport, credit cards, drivers license, and everything else in it. My hosts also got their keys back!

Now, I carry that purse everyday like nothing happened… but it was a wild ride getting this baby back and now I don’t take it off when I sit in public transportation. Even if I am really, really tired.

Has anything like this ever happened to you? Let me know in the comments!